“After six weeks, I was weaned from the iron lung to a rocking bed.  At the end of six months I was transferred to a rehabilitation center.  I now realize that this is where I was gradually launched back into society.”  Mary Lou Kramer

Check out where:  Roosevelt Warm Springs Institute for Rehabilitation

Warm Springs was always the reference point for Mom of when things changed in her life.  Not when she got polio.  It was when she returned home from Warm Springs.  My brother and sisters have memories from before Mom got polio, how she played, cooked, used the “wringer” washer, hosted parties in the basement, learned to drive and other really cool stories also captured in pictures and home movies.  Mom and Dad were rather ordinary, maybe a bit admirable yet hardly unique from others who married and had children through the 1950s.

HBO made a movie titled “Warm Springs” about  Eleanor & Franklin Delano Roosevelt and how the President found and launched the Georgia facility.  The movie was produced and distributed in 2005, the year Mom died, which is a delightful synchronicity for me.  It’s a really good movie and I’ll admit I cried more than once while I watched.  I love the differences between what was created under FDR during the 1920s and what it became in 1960 when Mom was there and beginning its transformation to what it is today.

My sisters and I met in Warm Springs, GA in 2007, our first trip to visit The Roosevelt Foundation.  We heard many stories how the polio patients and the staff worked together for individual solutions.  Polio was described as a tornado, leaving random or total destruction of the body, to be rebuilt.  In most cases the polio survivors became overachievers.

This is H.G. Bowden, head of the Brace Shop at Warm Springs, GA for 38 years until he recently retired, with Rose, Sharon, Me and Rita Kitts in the chair.

As H.G. talked about working with the polio individuals, his respect at their determination still colors his words.  There is no doubt he and his team felt privlidged to create tools and supports, specific to the person’s needs.

He explained only the best materials were used, crafted and polished so each splint and brace was as strong and smooth as possible.

The following letters and stories were sent to me by Rita Kitts, one of Mom’s life-long friends after having met in Warm Springs where Rita was on staff for 38 years. Rita graduated from LaGrange College with an English Degree in 1992 and celebrated her 80th birthday in August of 1996.

Excerpt from a letter of Archbishop Oscar Lipscomb, 6/15/1988

“God blessed me with the chance to visit Richard and Mary Lou in Cleveland as a result of a speaking commitment I made up there earlier this month.  We had about a half-hour together, one of the most joyful times I can remember.

This is the first time that I have ever really been in Mary Lou’s presence, so I cannot compare how she is now with what might have been previously.  I can only say that despite her disabilities, her personality comes through with such a charming and cheerful effectiveness that you do not notice the handicaps.  She has a great grace about the way she speaks, and what she speaks about.  Certainly, I felt better for the time we were able to spend together.  Richard is the perfect complement to her situation.  They both regaled us about some of the “life and times” of the Cleveland area, especially with pictures and stories about their ever expanding family.  It is beautiful to see how they count God’s blessings so forcefully and challenge for me to do the same.“

I’m delighted to hear the archbishop thought he needed to follow Mom and Dad’s example to forcefully count his blessings.  That is SO the way Mom and Dad were, a force for blessings!

Rita’s personal recount of her visit thrilled and touched my heart.  The following is taken from what she wrote.

“Mary Lou and Richard had two things going for them when Polio invaded their home in December 1959, leaving this young mother of five unable to move an arm in bed without assistance.  The faith and mutual love of these two individuals constitute the focus of their enjoyment of life.  There are now 21 grandchildren.  The privilege of spending a week in this home is a gratifying experience. Mary Lou’s smiling requests of her husband are always accompanied by “please” and “thank you” followed with his “you’re welcome” response, and a kiss for her before leaving the house.  Her parting greeting is “pray for my intention – it’s for you”.

Mary Lou’s insatiable interest in life motivates her to keep “in touch” with the world.  Some of her sources are the Church, friends, people, reading, television, letter writing, playing bridge, painting and writing articles for CUSA (Catholics United for Spiritual Action) – an apostolate for disabled persons.  Richard does everything he can to contribute toward fulfillment of this goal.

“Walking” with Mary Lou to a nearby shopping center was great fun.  I also enjoyed meeting several of their friends and family.  A brightly lighted room renovated by Richard, allows her to enjoy the birds, flowers, and sunsets are the focal point in the evenings.  With Richard’s expertise and equipment received at Warm Springs Foundation, Mary Lou has – with hours of persistent practice – learned to accomplish many things with a high degree of proficiency.  Richard adapted the telephone to make it accessible.  The cradle is attached to the phone with a rod.  A simple rock moved back and forth makes the dial tone available.

Mary Lou has muscles in the right wrist, forearm and shoulder and in her neck.  Two finger splints and the wrist extensor makes it possible for her to grasp things tightly.  This enables her to type with a stick.  This amazing lady removes paper from a tray at the side of the typewriter and, with much maneuvering, places it in position.  I wonder if any of us can imagine the persistence involved in learning to put paper, even as small as 4 x 4, in the typewriter using her two splinted fingers and a stick with a rubberized tip.

With a stick in her mouth, Mary Lou reaches for her makeup and turns pages of the newspaper.  To operate TV remote control, she punches a button with the edge of the palm of her hand. I should explain that she sleeps on a rocking bed, which rocks from top to bottom – like a seesaw – to facilitate breathing.  Tubing similar to a drinking straw attached to the telephone is her ‘security blanket’ when in bed.  Mary Lou sucks on the tube and gets a dial tone.  She then puffs on it and the operator answers.  This enables her to call anyone she wishes.  At times, Richard would not hear her call if he is in some other part of the house.  She can easily call family or friends to visit or ask the person to call so Richard will hear the phone ring and know that she needs him.

The daily schedule of these two marvelous people begins when Richard gets up at 6:20.  When they finish dressing activities, there is time for a cup of coffee before Richard leaves for Mass about 8:15.  Mary Lou calls individuals to whom Richard will bring the Eucharist later in the morning.  After Mass, he brings Mary Lou the Eucharist.  The privilege of sharing this activity is a great experience.  Afterward he takes the Eucharist to one or more other persons and Mary Lou enjoys her visit with Our Blessed Lord.  Some days Richard delivers a carload of bread to the needy.

On the Feast of the Assumption, Mary Lou went to Mass in her wheelchair.  I had the privilege of sitting beside her.  Richard was the cantor at Mass.  This was another memorable experience. These delightful people faithfully recite the rosary each night and sometimes fatigue causes difficulty in keeping up with the number of “Hail Mary’s” remaining.  They know the reflections by memory unless they are overcome by sleep.  This custom has continued throughout their married life.

Activities of the household focus around Mary Lou who never fails to express her gratitude – to quote her husband, “she is a wonderful woman.” The days pass quickly and all of a sudden it is time for a grateful visitor to leave with fond memories of an enriching experience.”

No one ever considered Dad was affectionate because Mom was paralyzed nor do I remember anyone stating Mom was only polite because she depended on Dad.  From the way Dad interacted with his sisters and Mother, and from the stories they told about him, my daddy really was a sweet and funny man who did what he had to do for others first, then did what he wanted to do.  In other words, Dad fulfilled his responsibility to his role of son, brother, husband, father before he considered doing personal hobbies.  Dad actually was fulfilled being of service to his wife, family, church and friends because that was what Jesus stated we should do.  Be of joyful service. Mom lived by the creed to do your best then ask and thank the Good Lord to do the rest, before she got polio.  Rose and Rick have memories of Mom’s personality and sense of adventure that really didn’t alter too much after paralysis.  It was her personality and internal will that made her become who she was, and it wasn’t lacking before polio.  For her will and determination to reach the graceful level she achieved when I was still a child, all these character traits had to be present and strongly nurtured along with an awesome love affair with Dad, during the eleven years of marriage before I was born and a few months later when all life as they knew it, changed.

In our personal letter from Rita she stated: “At a recent visit to the outdoor pool at the Roosevelt Institute in Warm Springs, I was delighted to see your mom in a photographic display.  Your mom once wrote that when she was first at Warm Springs, she used ceiling tiles or the picture of you five to count the decades of the rosary.  Numerous times these past years, there were urgent requests for prayers for your dad as he experienced one medical emergency after another – and prayers for other family members.  But your dear mom never asked anything for herself – was always grateful.  These two people will be a hard act to follow.”
Amen! 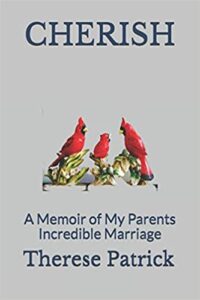 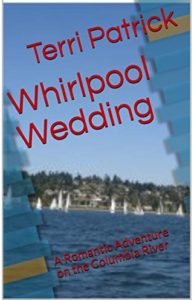